The Tools We Use to Shape User Experiences 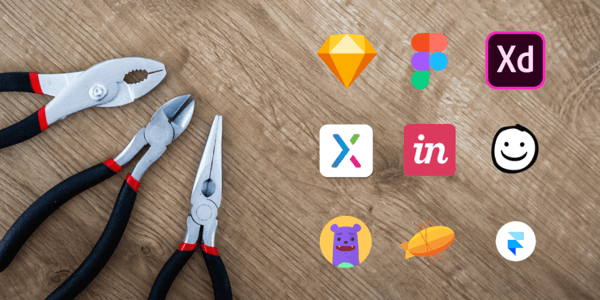 As a designer myself, I’ve found that folks who don’t get the chance to work closely with designers are often curious to know what we use to shape the designs and experiences we create. How do we get the results we want to achieve?

Just as developers rely on a handful of tools to code their projects, designers use a handful of tools as well. And, in the same vein, different tools are used to solve different design problems. For instance, it’s hard to edit a vector image in a raster program and vice versa.

This article will explore some of the common tools used by experience designers at the HPE Experience Studio throughout the design process to work with stakeholders (i.e. product managers, developers, and design engineers) to develop a solution. What each of these tools provides in terms of details and functionality for prototyping ranges widely across a spectrum, from low-fidelity (sketches and notes for high-level brainstorming and collaboration) to high-fidelity (final, polished pixel-perfect mock ups).

Wireframes are low-fidelity designs used to communicate an idea. Just as the title infers, they are simple lines, boxes, and text (or dummy text) used to pull together a concept or layout well enough to give a clear understanding of the direction being taken. Wireframes are used early in the development process to establish the basic structure of a page before more of an investment of time is made in the visual design and content. Designers use this fidelity of work so that stakeholders don’t get caught up in the fine details of a design, like choice of colors and copy specifics.

Many of the tools used to create wireframes are also used for other types of deliverables. Here are a couple popular ones.

Interactive prototypes are designs that supply a level of interactivity with a user. They might be screens linked together by buttons or displayed interactivity through a form. The intent of their use is to make the design and user experience simulate what you would use in the real app or website. These prototypes can range in fidelity from low to high, as they are stitched together views of the deliverables listed above: wireframes and high-fidelity mockups. Below are some of the tools used to create interactive prototypes.

The funny thing about most of the tools listed above is that many of them can equally be used to create wireframes, mockups, and prototypes. It all depends on what you are looking to do and how you want to get there. Another consideration you might want to take into account when choosing which tools to work with is how you will be hosting the files, whether it’s via a company server or in the cloud. Most of these tools are easily affordable and have a low learning curve to get started. That means that even if you are not a designer, you can explore these tools to communicate design decisions with your colleagues and stakeholders.

Check out HPE design tools you can use with many of the applications listed above. Also, be sure to visit hpe.design to learn more about our team and what we do.