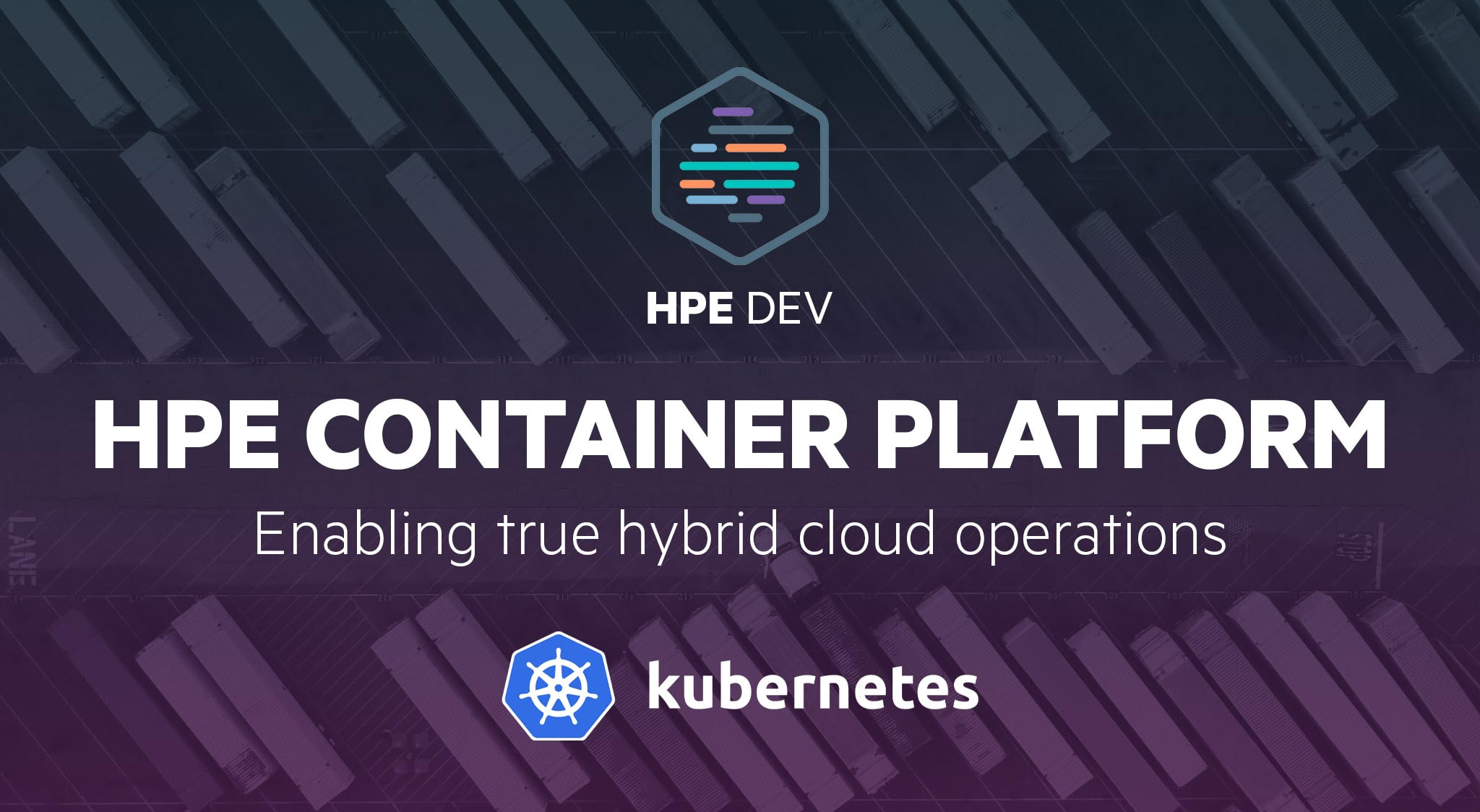 The HPE Container Platform offers enterprise IT and software development teams an agile application development and delivery platform. It can be used for both cloud-native microservices-based applications, as well as non-cloud-native monolithic applications. In addition to providing IT Operations teams with a unified control plane based on 100% open source Kubernetes, the HPE Container Platform gives data scientists and application developers a broad set of tools. They can use these tools to build a variety of use cases – including application modernization, CI/CD pipelines, machine learning, and edge analytics.

The HPE Container Platform combines several innovations from HPE. One such innovation is KubeDirector, an open source project integrated into the HPE Container Platform. KubeDirector manages an application’s dependency on access to the root file system. This dependency on root file systems usually makes it impossible for non-cloud-native applications to run in containers. With KubeDirector, enterprises can deploy all their enterprise applications on a common Kubernetes framework. The ability to deploy and manage these as containers allows them to take advantage of portability and cloud economics.

In addition to KubeDirector, the HPE Container Platform offers a rich set of additional functionality. For example, it provides a high level of security with integrations into enterprise security and authentication services, such as SAML (Security Assertion Markup Language), AD (Active Directory Security), Kerberos, and more. HPE is working on additional extensions in this area, including integrating HPE’s “silicon root of trust”, the link between HPE silicon and its Integrated Lights Out (iLo) management system, in support of the concept of Zero Trust. The SPIRE and SPIFFE open source initiatives, contributed by HPE’s recently acquired Scytale, is expected to play an important role in this.

Using the HPE Container Platform also provides unprecedented resiliency and scalability, supporting standard CSI Storage drivers and several different types of storage, including the HPE Data Fabric (previously the MapR Data Fabric). These are important elements that developers or data scientists can leverage in their applications without writing a single line of code. These capabilities empower data scientists and data analysts to quickly stitch together machine learning and analytics pipelines that can then be deployed on-premises, in multiple public clouds, or at the edge.

Today’s enterprises look to benefit from the many advantages provided through a cloud-native architecture. They desire the capabilities it offers to rapidly process data and glean insights that help them better service their customers. They want to be able to pay for only the services they need. And they appreciate being able to develop and run applications in an agile environment that allows them to deploy applications on any infrastructure – on-premises, cloud, or at the edge.

Learn more about how HPE Container Platform enables enterprises to achieve their transformation goals by reading Matheen Raza’s blog post, The cloud is an experience, not a destination. In his blog, you’ll also find a link to a podcast by Chris Gardner, principal analyst serving infrastructure and operations professionals, Forrester and Tom Phelan, Fellow, hybrid IT infrastructure, HPE on how containers and open source Kubernetes accelerate innovation. Stay up-to-date on what’s happening in this area by going to the HPE DEV HPE Container Platform page.

From Pig to Spark: An Easy Journey to Spark for Apache Pig Developers

Kubernetes Tutorial part 2 of 3: How to Install and Deploy Applications at Scale on K8s